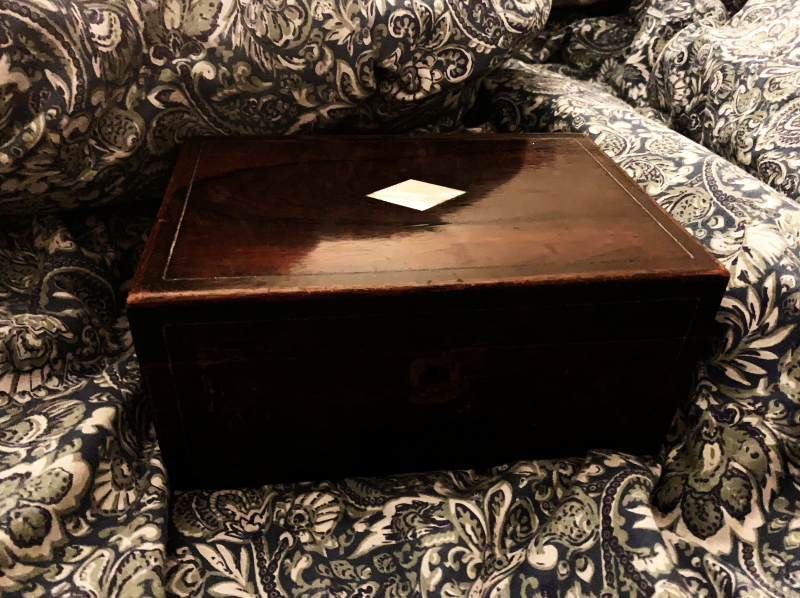 You think I'm going to tell you a story, don't you? With a title like that, I'd think so too. With a photo like that, I don't think I'd even need the title. Maybe it is a story, sort of.

I wrote a piece called Painting God's Ceiling over at the Mothership. It was published about two hours and forty-five minutes before 2020 blew itself out the door. I wasn't thinking that, so much as tribal and ancestral memories that are lost when we aren't looking. Not everybody cares; not everybody should care. I believe some people are wired to hold the memories of their ancestors and tribes. I am one of those but I'm not terribly organized about it. I'm more a word of mouth, tell me a story girl, than the write it all down, bind it up nice, and shelve it for the next generation. I wish I were. It would be so much easier.

I have the memory of having the memory of my crib. I can see a sort of vintage photograph; black and white, but mostly grays and worn around the edges. The surface, scratched and dusty lends to the belief that the memory is a living thing. But when I think about it, I realize I am looking at a photograph of me in my crib and I do not believe I have ever had the power to stand outside myself and look back in.

However, like this niggling thought in the way back of my brain, I am aware that there once was a memory, I just can't see it anymore. These things break loose and slide away. The last time I remember seeing it was in 1984 right before I got married. I was in the tiny house in the deep, dark forest with Joe and we were sitting in front of the great fieldstone fireplace. We were ridiculous the way young people are ridiculous; it's a very beautiful way to be for the most part. Somehow we'd found a tree farm that would sell us a live Christmas tree meant to be planted in the spring. Those things come with their root balls packed in dark earth, wrapped up in burlap, and tied tight. It was an eight foot tree from the base! It was nearly eleven feet from the bottom of the root bag. The tiny house had a cathedral ceiling and a loft and that fireplace and that was about it. I have no idea how we got that thing out of the car and up the twelve steps to the deck.

I have a very distinct memory of dragging it across the badly polyurethaned floors, past the giant Monet poster we'd acquired at the Louvre the year before

(WHO DOES THAT?! Who buys a 5 x 7 foot poster and tries to get it home on an airplane?)

Joe built a frame from three inch moulding, strung a length of wire across the back, slapped it on the wall and called it good.

These things shoot from my fingertips to the keyboard and I often do not know what I'm going to get until the words hit the screen. That is the way of memories. I'm glad I wrote that down.

I called Aunt Annie today to say Happy New Year and get a gauge on her well-being, but mostly because of the post, Painting God's Ceiling. I wrote it from a prompt received yesterday afternoon. I didn't expect to write again; I'd already posted the bags and that turned out to be a long one. When I sat down to write, I didn't expect more than a paragraph or two, and in fact, that's about what I got.

I was about to save the draft and walk away for the evening, but I sat for a minute. I thought maybe I'd just think about the prompt for a while because it touched a nerve and had far more meaning to me than the prompter may have known. So I thought for a bit and then I was writing.

I told a story about a woman who's memories were slipping like slick glass fish, stained glass air, melted wax, and the last bit of perfume a person has left in the air. I didn't know where God came into play until the very end and I was probably more shocked by the ending than anyone else reading.

So I called Annie and we talked for ninety minutes and I cannot understand how she managed to hang in there that long. I hung in there because she was giving me the answers to questions I didn't know I had. I learned a lot today.

For example, I learned that the engagement ring I gave to my daughter's husband to give to her did not originally belong to my grandmother. Now, this was Bess's engagement ring, but Bess got it from her grandmother. Bess's grandmother was Elizabeth (Lizzie) Grebenstein Beyer and she was born sometime around the end of the Civil War.

Great, great Grandpa Beyer made a killing in the stock market. When he came from Germany he was told he could be a barber or a plumber. He decided barber sounded like a better plan. He ended up at either the Waldorf or the Astoria; Annie can't quite remember. We could back into it because we know when both were built, but that's Ok, because it was after 1897 that he got himself 'filthy rich'.

So here's how it worked. The barbershop, which was apparently his, was situated in the lobby of the Waldorf-Astoria. This building was demolished in 1929, by the way. What you see today is not what once was. When the barber cut gentlemen's hair, they talked. They talked to each other, and they talked to him. I cannot imagine, given the classism at the time (nothing has changed) that they believed he'd do anything with it.

Great, great Grandpa Beyer did so well that his daughter, Lily made it through the crash and the depression without so much as a blink. In the end she drank it all, apparently. But there it was. Shirt sleeves to shirt sleeves in two generations. Bess came out of that just fine.

I know more today about that story than I knew yesterday. It's fleshing out nicely.

Do you know how I know that this is a memory she's giving me, and not a snapshot?

Because she struggles with it. She tugs and pulls and fusses and sits silent for a bit. It comes in fits and bursts and sometimes she just falls right into the flow of it, and there's all that Annie light again.

That up there is 1,246 words that are most assuredly NOT a story. Nope.

I'll tell you what I know about Bess's box a bit later but I will tell you this one thing. Inside the box, with a bunch of other unrelated stuff, is a mother's day card.

Mother's Day started as an anti-war movement (ok, THAT'S simplifying things) in 1914, just two years after Bess was born. So Mother's Day was still a new thing and maybe Hallmark hadn't established claim yet. I don't know. The card is sweet and paper thin, and inside is just a name. A signature. It reads:

Johnny, in his best cursive.

Given that the card is religious in nature and ends with 'God bless you, mother dear', I'm going to say it predates my father's exit from the seminary, and before Cuba. We'll say, my father the athiest was still an active member of the Dutch Reform Church sometime in the mid-fifties.

It's the only one she saved that we're aware of. It lives in the box up there. With a bunch of other stuff.

As an aside, I am the proud owner of my grandmother's last housecoat. I don't think I could ever bring myself to part with the thing and I am quite aware of the weirdness in that. Too bad.

FINALLY, WOMAN! Finally, the reason you came out here.

I have five photographs I need to post, to allow them to roll into the archives. They are screenshots of five pages from Aunt Annies Book of Love and Loops. 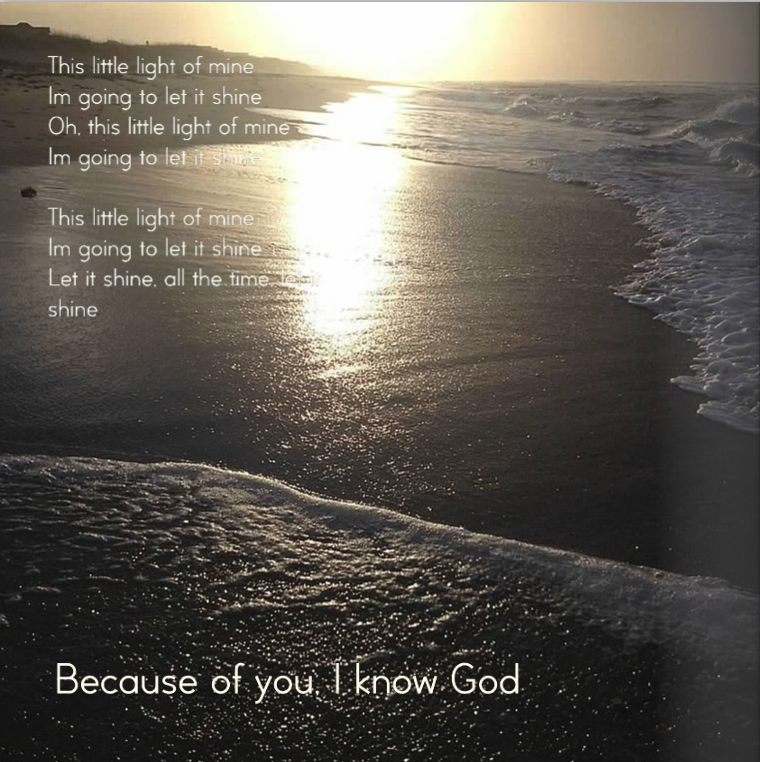 Don't tell my dad. As a matter of fact, don't tell anyone. I don't hold much truck with religion, and certainly not with the Christian precept of God. However, that statement is as true as it gets. 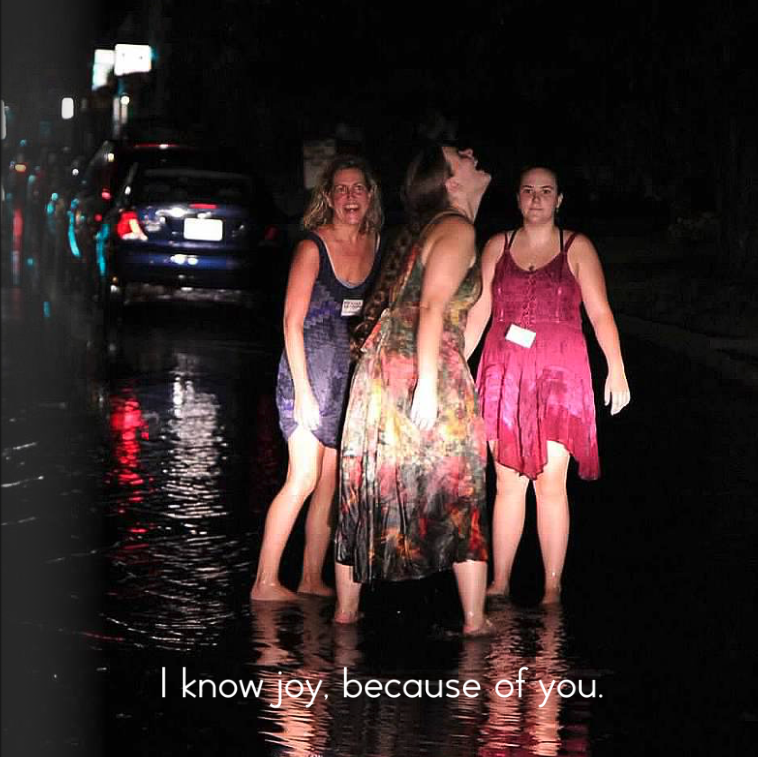 She doesn't understand that yet. I'll have to remind her about dancing in the rain on Broad Street again. Doesn't matter though, I understand. By the way, that photograph was taken at 3 AM. It was one of the two annual Brattleboro Dawn Dances. You dance from, I don't know, six or eight or something, to dawn. Sometimes you dance in puddles too. 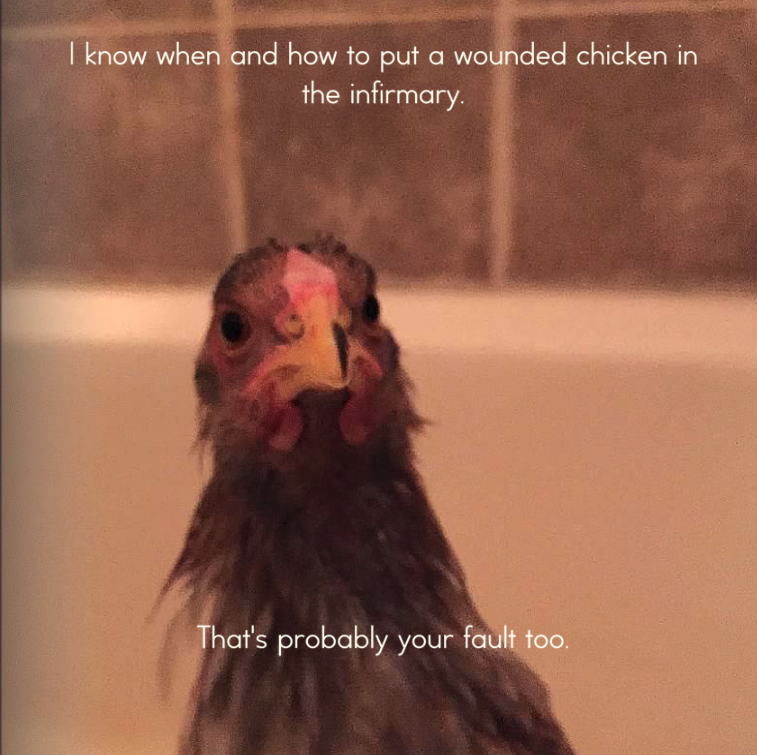 It's true. I learned how to recognize a the vulnerability of a hurt thing before it turned into a tragedy of a broken thing. Mostly with my kids, but also with this poor, damn chicken. 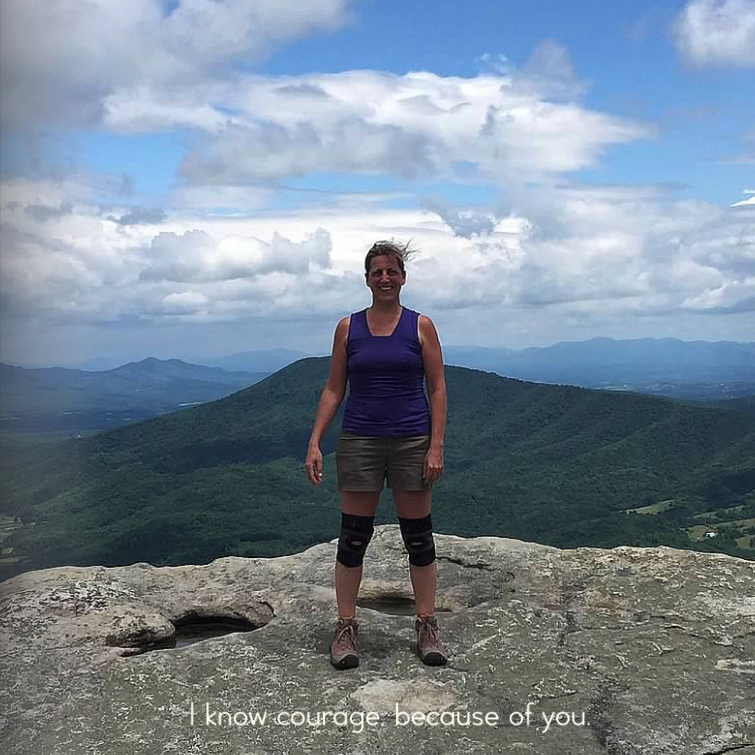 Yes. I made my first jump at 16. That's what my family did; we jumped out of planes just as soon as we were able. Not to cast shadow on any of that light, striking out on my own for days at a time was not something I learned at home. I am lucky to have that photo because I am too shy to ask a stranger to take my picture. A nice man with his son offered and I am grateful. 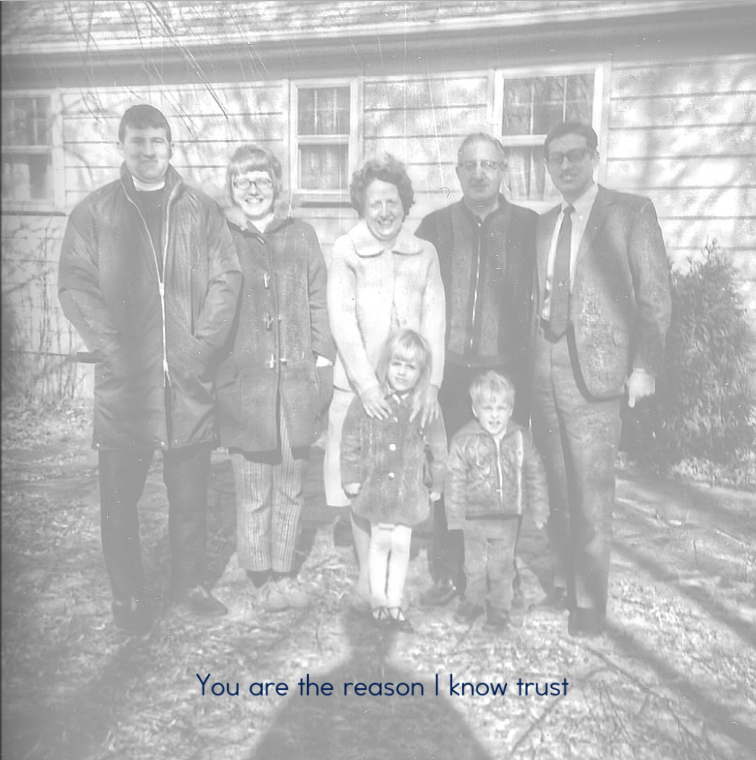 This is the truth.

You know, we should tell people these things. You'd be surprised how often we do not. Most of us walk around on this planet with very little understanding or insight into the difference they make, who they really are.

We should tell people these things. And also collect all the memories and put them in the box!