Home Archives Profile Subscribe
Let me get this straight.

Apparently it really is that bad 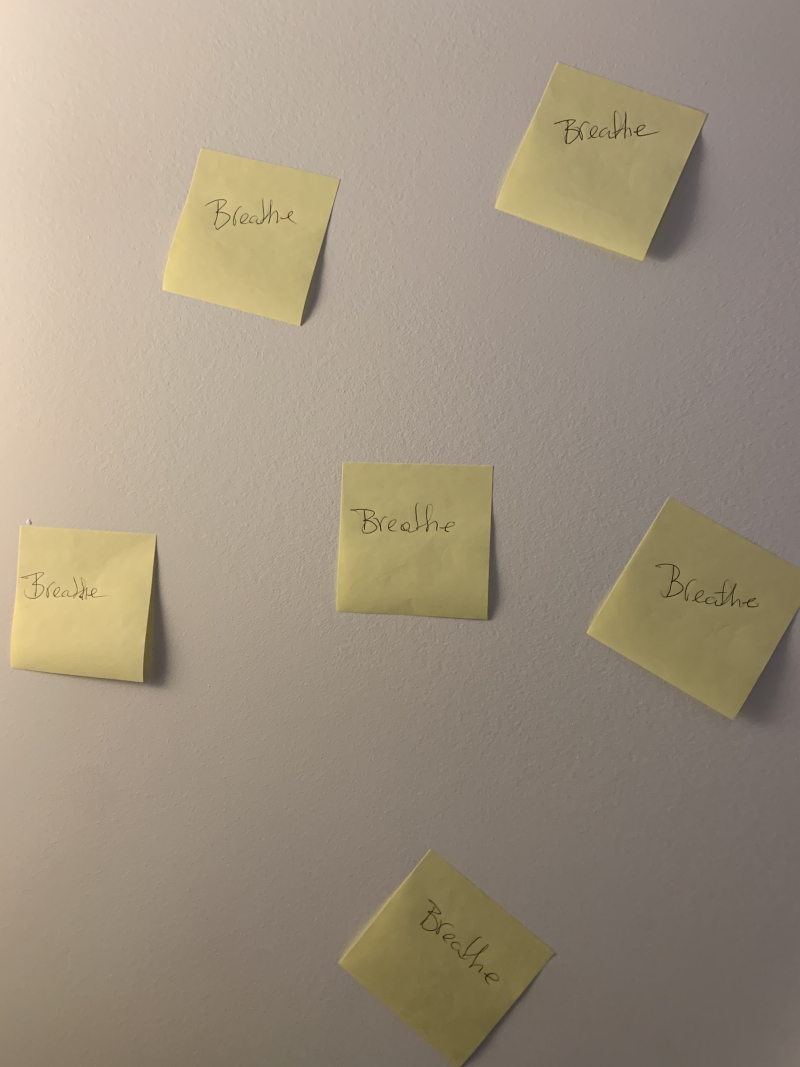 Common wisdom says it's about surrendering to the process. I guess I can see that, but I don't that any woman goes into labor and comes out the other side unchanged.

I remember there were several false starts the second time. I remember the embarrassment of being sent home from the hospital; mortified because it wasn't my first and I should have known better. I remember Joe walking me up and down that eleven hundred foot driveway and then I remember that first mother fucking hard contraction. The sort that brings you to your knees, or close enough.

You know why I remember it? I don't remember what it felt like, but I do remember this, very clearly:

Funny thing is, she delivered herself about two hours later, which was exactly how long it took to pack up the boy, drive 35 miles south to drop the boy with his grandparents, another 10 miles north to the hospital, checked-in, wheeled to the birthing, and BOOM, there she was. Just like that.

But I do remember the panic when I remembered.

Sometime in 2018, probably March, I received a letter from my doctor's office informing me that he had abruptly retired, but that his son-in-law had taken over the practice and my April 4 appointment could be kept. The problem was my medication. Every month I called the office, as required by state law, and every month the office called the pharmacy and said, refill her prescription. This time the office would not refill my prescription. This was bad. I was living in a hotel in New Jersey and coming off my meds at a client site would have ended badly. I panicked. I called everyone I knew in the psychiatric world and I got a few numbers. Finding a new doctor turned out to be a bit of a problem. There just weren't any taking new patients, at least not right away.

Eventually I got a referral to an office I still think of as the vending machine. No pharmacology going on there. No assessment. You spend 15 minutes with a doctor you've never met in lockdown and you take the diagnosis you get. The next doctor looks at the diagnosis and prescribes accordingly. It isn't always like this but when the insurance industry won't pay for more than a fifteen minute visit, that's all you get.

My immediate medication needs were handled, but I really wanted to talk to someone. I felt like I was starting to slip again. Too much stress for too many years and a couple of boulders hanging over my head. The doctor did not take insurance and his fee was $750 for a 90 minute session. I sucked it up and walked through the door.

At minute number 85, the doctor got up and walked into the waiting room. I heard the outer door open and close and he came back. He held up one finger and went to his phone. It was a big office but I heard the word reschedule. I thought, oh shit, how much is this going to cost? And then I thought, I'm not leaving until I absolutely have to leave. At the end of three hours he had one word.

You are not bipolar, you don't meet the criteria for bipolar, but you are in trouble. He fed back to me the same words I'd been saying in therapy for close to five years but they sounded different. Maybe I should have been happy. PTSD is better than bipolar, right? We know things about PTSD but we do not, in my pissed off opinion, know a lot about bipolar.

He did. He's the bipolar guru in Connecticut. Don't read his stuff, it will scare the shit out of you.

Nothing had changed other than three hours in a room with a man who asked an awful lot of questions. He drew on a very big whiteboard too. All he did was move the flashlight from one diagnosis to another but a thing happened.

The top of my head blew off. Unfortunately it happened at the client site. However, I was locked in a small conference room trying to hammer out a new project plan, and I'd been with them for two years. They didn't blink. I barely made it back to the hotel. I called Lucia and asked her to call Elizabeth because Mommy was NOT going to be able to do the nightly facetime parenting bit.

I was sitting in a chair looking up at the ceiling when the lid on the lead lined box popped off. It opened itself in the conference room which is why I wasn't breathing. It popped off in a moment of vulnerability. I don't believe she has ever forgiven me. I said my deepest, darkest, most awfulest secret ever. You really don't want to know. All you need to know is I was eight and it was unforgivable.

I spent the next three years digging up every single trauma I bumped into. It's not like I was looking for them, I was just busy filing them away under, just don't look at this shit, ok?

I've known for quite some time that I have to do something. I have to change something or die. I didn't know what to do. By sheer happenstance, my brother, who knows virtually nothing on the subject, found me a doctor. I spent seventy-five minutes on a facetime session and you know, the fact that he's on the west coast is no longer relevant. This is the only way we see our doctors anyway.

He listened to me for a while and then asked if I knew what ACE was. I did not. He explained. I got scared. He said, don't be scared, but do this:

Write the word breathe on every single post-it note you have in your house. Plaster the walls with them. Put them everywhere. Put so many post-its on so many walls that you won't be able to not see them. They will remind you to breathe, which you are not doing because of the cortisol in your brain. We'll talk about the tachycardia later.

He doesn't take insurance either but he takes personal checks which my brother is writing every week.

I have to read that sentence a couple more times.

I didn't read about ACE until today. Today is Saturday. I was going to do it on Friday. I even pulled up six or seven sites, but I wasn't ready.

It isn't like I didn't know about the long term effects of unreleased cortisol in the brain. I did. But.

This morning I took the ACE 'test'. It only has ten questions but they're whoppers. I scored a seven out of ten, as if I won a thing! Go me!

So what does that mean? I googled ACE test score 7. Here is the best I got:

Adults scoring a six or above are in deep shit and going to die twenty years earlier than you might think.

That's totally paraphrased, but direct, and to the point.

I had a feeling this morning and my response went like this:

I guess he knew before I knew because I didn't know why it was so important to put EVERY LAST EFFING POST-IT IN THE HOUSE ON THE WALLS.

With the exception of Elizabeth's room, (I got the outside of her door) this place is wallpapered.

And I also know that cutting a quarter inch incision on my upper thigh isn't going to let the cortisol out of my brain.

I got work to do. Life is way too short to be dying any earlier than is absolutely necessary.